Past Officials and Staff

Prior to 2021, the Libertarian Party of Washington had 8 regional representatives[2], each serving as a Party Officer. Alternates served as replacement Representatives in the event of a Representative vacancy. Regional Representatives were elected in odd numbered years and serve two year terms.[3]

At the 2021 Cascade Liberty Summit in Port Orchard, convention delegates approved a bylaws amendment[4] to change the representative portion of the State Executive Committee to all at-large seats, elected via a proportional voting system. 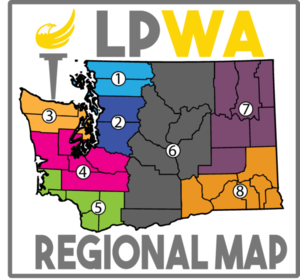