This article is about a convention that has just concluded. Information is subject to change as additional information is still being added.

The business session got underway at approximately 9:22am on Friday 27 May, with National Chair Whitney Bilyeu presiding.

After consideration of a disagreement about counting of alternates for the purpose of determining quorum and majority of the body, the Credentials Committee reported 893 delegates registered and in attendance; and a total of 997 including alternates. A motion to hear a minority report was defeated. A motion to strike the Pennsylvania delegation was defeated. A motion to replace the Massachusetts delegation with one that consists of the same people plus six others was withdrawn. The complete report was adopted without objection at approximately 11:16.

A motion to suspend the rules to remove the Chair and have the Vice-Chair run the meeting was defeated by a vote of 543 to 389 (2/3 required).

The proposed agenda was not adopted. A motion to suspend the rules to adopt an alternative agenda was deferred until after lunch.

Business began to sort of get started again a bit before 2:00pm. The motion to adopt an alternative agenda was adopted (at approximately 2:42) by a vote of 652 to 307.

Updated numbers from the Credentials Committee announced at 3:40pm - a total of 1119 delegates and alternates registered, with a "voting population" of 1004.

The Chair debate started at about 4:24pm, and the Friday session ended at about 5:02pm.

Business resumed Saturday at about 9:05am, with Ken Moellman chairing as Whitney Bilyeu was indisposed.

Updated credential counts of 1129 total delegates and alternates registered, with 1005 eligible votes, were announced at about 9:30am.

After speeches for/by D'Orazio, McArdle, and Dasbach, motions to suspend the rules to allow a speech for NOTA failed. Spike Cohen spoke during the tallying of the votes.

Angela McArdle was elected Chair with 692 votes (69.55%). See Elections section below for details.

Caryn Ann Harlos and John Wilford were nominated for Secretary. Harlos was elected with 694 votes (70.82%).

Don Ernsberger, Geoff Neale, and Dave Walter were announced as winners of the "Hall of Liberty" award.

After lunch, Tim Hagan and Todd Hagopian were nominated for Treasurer. Hagopian was elected with 731 votes (76.07%).

Business resumed Sunday at 9:04am, with nominations for LNC At-Large.

A "point of order" was made, and allowed by vote of the convention, that the removal of Caryn Ann Harlos as Secretary is "null and void", but a motion was then adopted to allow John Wilford to continue as convention secretary.

Speeches were made for/by 16 candidates for LNC At-Large, and voting was started.

Platform deletion token counts were announced - two planks received sufficient tokens to bring them up for a vote: Abortion (2252 tokens) and Rights and Discrimination (425 tokens).

Fifteen candidates were nominated for Judicial Committee before the lunch recess.

Business resumed at 1:30pm, with 1073 total registered and 976 eligible to vote, and it was announced that Dustin Blankenship, Richard Bowen, Bryan Elliot, Steven Nekhaila, and Michael Rufo had been elected as At-Large members of the LNC.

Speeches were made for/by the candidates for Judicial Committee and voting was started (and took a long time, during which various procedural motions relating to convention ending time were adopted).

In place of a vote to delete the Rights and Discrimination plank, the rules were suspended to replace one sentence.

An amendment from the floor to plank 2.1, adding language regarding aggression, was adopted.

With the PA system being disassembled, requiring the chair to preside using a bullhorn, the convention adjourned at approximately 5:22pm.

Chair: National Chair Whitney Bilyeu called the convention to order on Friday morning, and presided over business for the rest of that day. During that session, a motion was made to remove her from that role, with National Vice-Chair Ken Moellman to take over as convention chair. That motion was defeated, but Bilyeu became ill that evening, so Moellman ended up chairing the business sessions on both Saturday and Sunday anyway. (Neither Bilyeu or Moellman were candidates for National Chair for the upcoming term.)

Secretary: Caryn Ann Harlos, who was elected National Secretary at the previous convention, was the subject of an action by the LNC to remove her from that position, and the LNC selected John Wilford as her replacement, but Harlos contended that her removal was improper and styled herself "Secretary in Exile" during the intervening period. On the basis of his appointment by the LNC as National Secretary, the convention began with Wilford serving as convention secretary. On Sunday morning, a "point of order" was made that the removal of Harlos as National Secretary was "null and void", and this point was sustained by a vote of the convention, with the apparent intended meaning being that Harlos had never been removed and so was still National Secretary. However, Harlos then moved that Wilford continue serving as, and retain the title of, convention secretary. That motion was adopted, and Harlos and Wilford worked together congenially for the entire convention. (Harlos and Wilford were candidates for National Secretary for the upcoming term, and Harlos was re-elected.)

(There may have been others, but announcement of awards was pushed off the schedule by other business.) 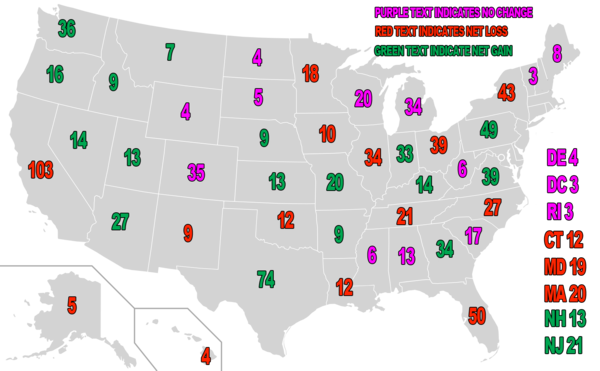 The following were, prior to the convention, declared candidates for the Libertarian National Committee. (None of the Above (NOTA) is also a valid voting choice for all positions.)

Regional representatives may or may not be elected during the convention, depending on the method chosen by the affiliate parties making up the region. The regions themselves can also be redefined during the time leading up to the convention.

Caryn Ann Harlos has continued to prepare documents that would typically be provided by the National Secretary in protest of what she believed was her removal for allegedly whistleblowing regarding New Hampshire and dereliction of duty regarding the lack of response to the COVID Regime as follows:

With the voiding of her removal, the status of this document is uncertain, but when it was published, it was unofficial.

Many members were perturbed by the official logo for the convention as some members made the claim that it was officially confirmed that the artist was told to specifically make it NOT about mandates but much more open to interpretation. There is reported to be a Facebook post to this effect in a delegates group but until this post is linked, that claim should be taken as disputed. There has been no official denial of this claim found. This has been viewed as incredibly tone deaf and against the wishes of the people who put monies towards this theme.

In response multiple alternate logos were proposed. Below is one, but there have been several others.

On March 31, 2022, less than two months prior to the convention, LNC Region 4 Representative TJ Ferreira issued an email which seemed to many to indicate that a decision had been made by the Convention Oversight Committee 2020-2022 to implement electronic voting using his own Porcupine Voting software and seemed to argue that nothing in the Party governing documents prevented absentee voting. Caryn Ann Harlos immediately issued a series of critical personal opinion videos on his assertions and apparent proposal[17]. Later, TJ Ferreira appeared to walk back many of the perceived assertions in the original email that this was a certain plan but framed the idea as the beginning of a discussion. The complete email chain can be viewed here.

A source which wishes to remain anonymous has reported that after the public outcry the item (using the Porcupine software) died in Committee for several reasons. Using it for speaker lists was not desired by National Party Chair Whitney Bilyeu and the motion by Alex Flores to use it for credentialing and voting died for lack of second.

On April 10, 2022, a website published an article containing allegations regarding convention speaker Tom Woods and age differences and the time frame concerning his relationship with his now ex-wife.[18] The article had originally appeared on Being Libertarian, where it was removed by Eric July.[19] This issue has been hotly contested amongst Party members with people coming to different conclusions. All sides have proponents firmly convinced they are correct.

Following publication, a number of Libertarian National Committee members and Libertarian Party members denounced Woods, and a petition on Change.org began circulating to remove him as the breakfast speaker at the convention, with over 100 signatures in half an hour.[20] There is presently an LNC email ballot to remove him as a speaker.[21] Other Party members have just as zealously denounced this as a political hit job. Tom Woods has publicly repudiated the allegations.[22]