Activities in recent years have included outreach booths at public events, providing arguments in the county voter pamphlet opposing tax and bond measures, running radio ads opposing items on the ballot, participating in parades, holding an informal monthly coffee meeting open to the public, and making public statements providing a libertarian perspective on actions being considered by local governments. In the 2016, 2018, and 2020 primary elections there were local Libertarian candidates on the ballot for Congress and the state legislature. (But in this area under "Top Two" the November ballot typically ends up offering only two Democrats for such offices.) In 2018 two local Libertarians also ran for positions on the San Jose City Council (a non-partisan office).

Santa Clara County was Region 43 of the Libertarian Party of California in the numbering system in which regions generally corresponded to counties.

Partial terms are noted when known, but there may have been other mid-term resignations or appointments not documented here.

Jennifer Imhoff-Dousharm served as Chair and Robert Imhoff-Dousharm served as Treasurer until their central committee memberships were suspended 10 August 2019 by action of the LPC Executive Committee. Salvadore Robles served as Activities Chair until he resigned 21 September 2019. Joe Dehn, Steve Haug, and John David Ward were elected to fill these vacancies at the Executive Committee meeting of 21 September 2019. 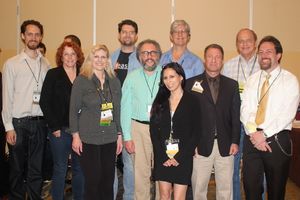 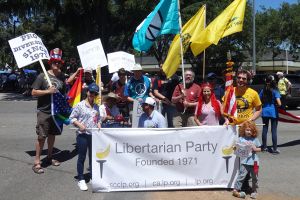 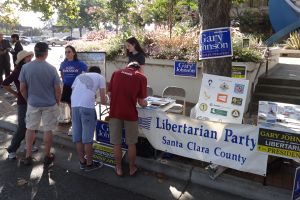 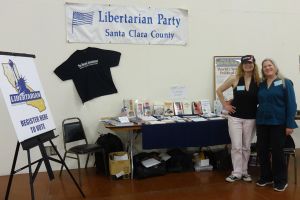 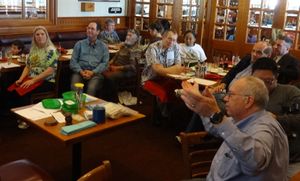 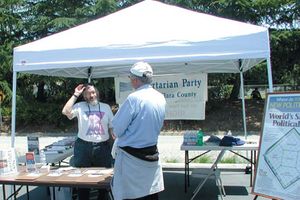 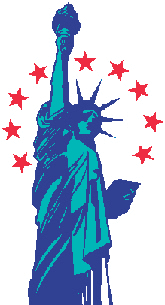 This section needs to be expanded and moved to a separate article.

This section lists candidates who ran for public office in districts in (or partly in) Santa Clara County. (For statewide offices, see Libertarian Party of California Historical Election Results.)

Note that because of redistricting after each census, the set of districts that overlap with the county changes every ten years. Following are the districts that were in (or partly in) Santa Clara County during the years in which Libertarians ran for office:

For Congress, the state legislature, and Board of Equalization, under the primary system used starting in 2012 all candidates for a given office ran against each other regardless of party affiliation, and only the two candidates who received the largest number of votes (in most cases two Democrats) appeared on the November ballot. In cases where a Libertarian ran for one of these offices but did not appear on the November ballot for this reason, the results from the primary are shown instead. These cases are marked with a pink background.

Preliminary results from the 2018 Primary are marked with a yellow background - to be updated when official statement of vote has been published.

Note: All local offices in California are "non-partisan". Candidates are listed here because they were members of the Libertarian Party at the time they ran for these offices.

Alphabetical List of Past Officials, Candidates, Staff, and Other Contacts

This subsection is under (re-)construction and does not yet account for all the information recently added above.

Individuals who are currently members of the LP of SCC or who were members at the time they held national LP positions.

Note: All local elections in California are "non-partisan". Individuals listed here were not elected as candidates of the Libertarian Party, but were LP members.

For other former officers see the Past Executive Committees section above.