From LPedia
Jump to navigation Jump to search
This article is about the symbol. For other uses, see Porcupine.

The Porcupine has been a symbol used by Libertarians since at least the 1970s. The popular explanation has been that it is an animal that has weapons used only in defense (i.e., its quills) rather than in aggression as emblematic of the Non-Aggression Principle. The national Libertarian Party officially adopted the porcupine as its campaign emblem to be used similarly to the elephant and donkey on September 13, 2020 in a motion put forward by the National Secretary Caryn Ann Harlos. See also George Quillies.

An icon was designed by Kevin Breen in March 2006 and inspired by the logo of the Free State Project.[1]

The porcupine symbol has been around since at least the 1970s.

In 1978, the Fairbanks Libertarian Party had a float in a local parade in which they used a Libertarian porcupine while the local Democratic Party and Republican Party had a donkey and an elephant, respectively.[2] 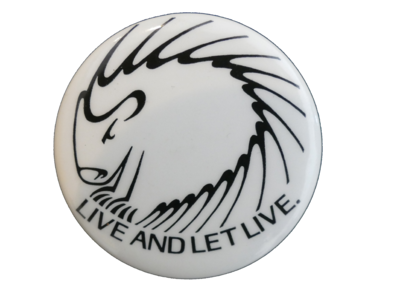 This article is a stub.
You can help LPedia by expanding it.