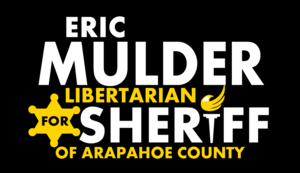 On November 6, 2018, Mulder received approximately 5% of the vote, placing him in third behind Republican incumbent Sheriff Dave Walcher and Democratic winner Tyler Brown. [3]

He had publicly expressed interest in running for Sheriff in 2022, prior to his announcement to run for the US House of Representatives.[4]