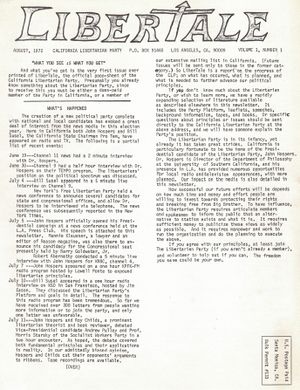 The editor was Dan Wiener, and the place of publication was listed as Los Angeles.

There are only two known issues. CaLiber, with the same editor, began publication in 1973.