Daniel (Dan) Wiener was the editor of the earliest newsletters of the Libertarian Party of California. He served as state Chair circa 1980, Secretary in the early 2000s, and on the state Judicial Committee. He also served as an LNC regional representative. He ran for State Assembly in 1980, and for US House in 1982 and 1986. 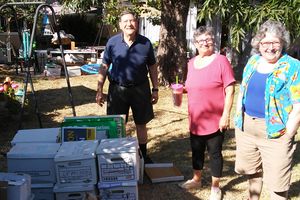 As one of the earliest members of the Libertarian Party of California, he had an extensive collection of material relating to the history of the party, including information about conventions and various campaigns, most notably the Ed Clark campaign for governor, state and local newsletters, and minutes and reports relating to the state party.

Dan attended MIT, graduating in 1970 with a degree in Electrical Engineering. While there, he was an editor of Ergo, a student newspaper serving MIT and Harvard with libertarian / Objectivist news and commentary.

He lives in Simi Valley, California with his wife Sandi Webb; they have one daughter Aubri Webb.