Kenneth Reed Armstrong (born April 25, 1957) is an American former military officer, former nonprofit executive, and politician. He served as a commissioned officer in the United States Coast Guard,[1][2] spending most of his commissioned service in Joint Service assignments.[3] He was a Lieutenant at the NATO base at Lampedusa Island, Italy, from 1988 to 1989. During his tour of command, the U.S. Navy shot down two Libyan fighters in the area.[4][5]

Armstrong was born on April 25, 1957 in Pasadena, California. He is a Weinberg Fellow of Hawaii Pacific University. At the age of 18, he was working on the Trans-Alaska Pipeline System[6]

As a federal healthcare executive, he worked with the Surgeon General of the United States. As a contingency planner, he was nominated as Federal Executive of the Year. He has dealt with issues in housing, poverty and mental health.

Armstrong enlisted in the United States Coast Guard in 1977. Armstrong's Coast Guard career included serving as a NATO lieutenant and as a NATO/United Nations advisor in the Bosnian War.[7] He was also a representative to the Pelagie Islands for the U.S. Consul General at Palermo.[6][9]

In 1992, Armstrong commanded the humanitarian response detachment on the Island of Kauai following Hurricane Iniki. Armstrong received the Coast Guard Commendation Medal and the Humanitarian Service Medal for the action. In 1993, Armstrong was officer in charge of a NATO/United Nations Rules of Engagement (ROE) detachment aboard foreign naval vessels engaged in enforcing the blockade of Serbia and Montenegro in the Bosnian War. He received the NATO Medal for Yugoslavia and later, retroactively received the Armed Forces Service Medal.

Also in 1993, Armstrong led the U.S. Coast Guard's media response to the case of the MV East Wood,[10] a vessel adrift in the Pacific Ocean with more than 500 Chinese refugees aboard. The incident started just days after Bill Clinton took office, and gained significant international attention. Armstrong made daily reports to the White House Situation Room during the incident. Armstrong again received a Coast Guard Commendation Medal.

Armstrong retired from the Coast Guard in 1994.

Armstrong has been a nonprofit executive,[11][12] serving as Executive Director of Habitat for Humanity's Hawaii statewide organization.

Armstrong has worked as a columnist for Pacific Business News and was elected to the Honolulu County Neighborhood Board twice.[11][7]

Armstrong announced in March 2019 that he had formed an exploratory committee to consider a run for the 2020 Libertarian nomination for President of the United States.[13] On May 10, 2019, he officially announced his candidacy.[14][6][15]

Armstrong's campaign originally relied heavily on travel by car,[6] but on March 17, 2020 he announced a transition to virtual campaigning due to the COVID-19 pandemic.[16] His campaign performed poorly in early Libertarian primaries and caucuses. However, his stronger performances in later primaries, particularly in California, had netted him as of April 2020 fourth place in the cumulative vote total in the non-binding 2020 Libertarian presidential primaries. To support his efforts, launched a campaign podcast called The Commander's Table.[17]

He and Dawn, as well as their friend Earl and Duke the Wonder Dog, spent a year on the road, visiting 47 states and covering some 51,000 miles of highway. He is a former nonprofit executive and Weinberg Fellow of Hawaii Pacific University. He has served as a NATO base commander, and as representative to the Pelagie Islands for the U.S. Consul General at Palermo. As a federal healthcare executive, he worked with the Surgeon General of the United States. As a contingency planner, he was nominated as Federal Executive of the Year.

Ken is widely known for his elected and appointed government positions, as well as his work with organizations like Hawaii Habitat for Humanity. 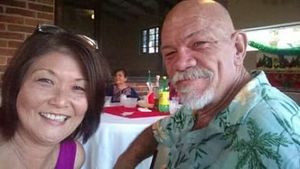 On April 29, 2020, Armstrong announced that he was ending his presidential campaign and would instead be seeking the Libertarian Party's nomination for Vice President of the United States.[8]

During the Libertarian National Convention, Jo Jorgensen won the party's nomination for President. During the vice-presidential nominations, Armstrong was one of four candidates to receive enough nominating tokens to be entered into nomination. The others were Spike Cohen, John Monds, and Adam Kokesh. Armstrong was eliminated after the second round of voting. He then endorsed Cohen, who was eventually nominated as the party's vice-presidential candidate. 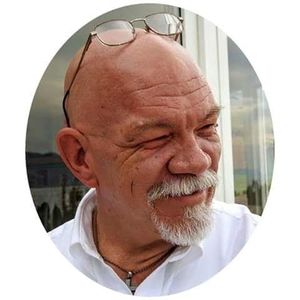 Perhaps less known is that Ken has spent the majority of his life in Christian ministry, as well. He preached his first "official" sermon when he was just nineteen years old, as an elder of a nondenominational congregation on the Alaskan Pipeline, some 300 miles north of the Arctic Circle.

Since then, Ken has served as elder, pastor, and counselor in a number of congregations in the United States and Mexico. He has served as a pastor within two major denominations, and in several nondenominational fellowships. For six years in Oregon, Ken served as a senior hospital chaplain, with responsibilities in ICU and the emergency department.

He was elected Chair of the Christian Liberty Caucus in 2020.