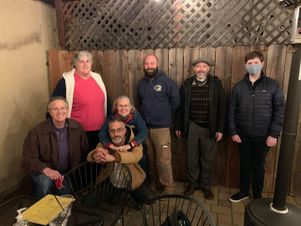 The Executive Committee of the LPAC as elected February 17, 2021.

Alameda County together with Contra Costa County constituted Region 1 (the "East Bay" region) of the Libertarian Party of California in the numbering system in which regions generally corresponded to counties.

Past Officials, Staff, and Other Contacts

Note: Some time during this term the Secretary and Treasurer swapped jobs.

some time before that: