Harry Browne was born in New York City to Bradford and Cecil Margaret Browne and resided in Franklin, Tennessee at the time of his death from ALS. He was inducted into the Hall of Liberty posthumously in 2014.

He was an investment advisor for thirty years and was Director of Public Policy for the libertarian Downsize DC Foundation.

Harry Browne came to prominence in 1970 with his first book, How You Can Profit From The Coming Devaluation, which correctly predicted the devaluation of the dollar and subsequent inflation. Browne's second book was 1973's How I Found Freedom In An Unfree World, which focused on maximizing personal liberty. This book became an instant classic in Libertarian circles. You Can Profit from a Monetary Crisis (1974) was Browne's third book and reached #1 on the New York Times bestseller list. He continued to author books and articles on investing through the late 1990s.

Claims of wrongdoing within Browne's 1996 presidential campaign surfaced during his second run in 2000. In 2001, it was revealed that Perry Willis had worked on behalf of Browne's 1996 campaign while serving as national director of the Libertarian Party. To avoid potential conflicts of interest, party policy prohibits any party staffer from working for a campaign before a nominee is officially decided. After an investigation, the party leadership censured Willis and admonished Browne, who has responded in detail to allegations surrounding the controversy.

After 2000, Harry Browne continued working to increase the popularity of libertarian goals to reduce the size and scope of government. In addition to writing and making appearances on behalf of the DownsizeDC Foundation, he hosted two weekly network radio shows; one on Saturdays dealing with politics, and the other on Sunday dealing with financial advice. Browne also worked with the Free Market News Network, of which he was the President. On Free Market News, he had his own internet-based television show called This Week In Liberty. He was also working on a book called The War Racket which was not completed or published before his death. 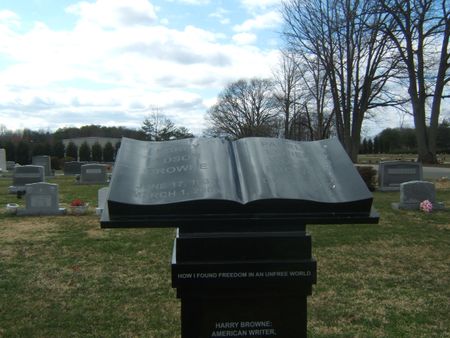