The 2008 national Libertarian Party Platform Committee was responsible for rebuilding the Platform after the National Convention 2006, also known as the Portland Massacre. Brian Holtz wrote a comprehensive Memoir on the work of the Committee. 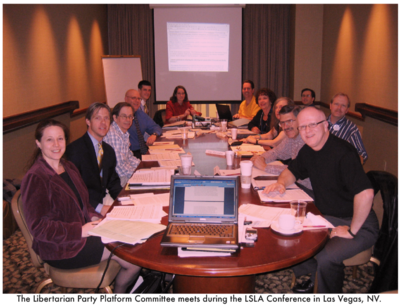