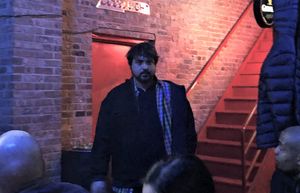 2020 Campaign for President of the United States

On November 17, 2019, Christmann declared his candidacy for president of the United States, seeking the Libertarian Nomination.[1] He was among the candidates participating in a debate in Olean, New York in November 2019.

On May 23 2020, the Libertarian Party nominated Jo Jorgensen for President.