Marc Allan Feldman (October 10, 1959—June 22, 2016) was an American physician, political commentator, and activist. He was the Libertarian Party of Ohio's candidate for Ohio Attorney General in 2010. In 2016, Feldman sought the Libertarian nomination for President of the United States.

On January 5, 2015, Feldman announced his campaign for President of the United States[1]. He campaigned under the slogan and theme of Votes Not For Sale. During his Campaign, Feldman pledged to not accept contributions from corporate interests, PAC funds, or those exceeding $5[2].

At the 2016 Libertarian Party National Convention in Orlando, Marc Feldman delivered the closing remarks for the Presidential Candidate debate. His closing remarks were delivered in a rap format that became known as the "I'm that Libertarian" speech. The speech, which was positively received by convention delegates and candidates alike, was chosen to be the slogan for the 2018 Convention[3].

Feldman would place 5th on the 2nd Nominating Ballot, losing to Gary Johnson. 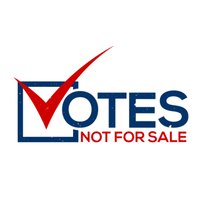