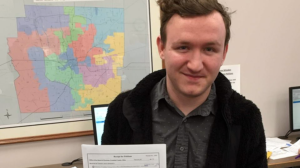 The Franklin County Board of Elections returned a Libertarian candidate for Reynoldsburg City Council to the November ballot on Tuesday, about a week after being ordered to do so by the Ohio Supreme Court.

Robert Bender had filed suit seeking reinstatement in the race for the Ward 3 council seat after elections officials invalidated several petition signatures he had submitted, leaving him short of the number needed to appear on the ballot.

According to court documents, Bender submitted his candidacy declaration in early February, and elections officials determined that he had the requisite number of valid petition signatures to qualify for the ballot. 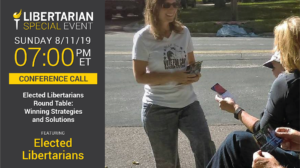 You are invited to a live webinar: “Elected Libertarians Round Table: Winning Strategies and Solutions,” on Sunday, Aug. 11, at 7 p.m. ET (4 p.m. PT). 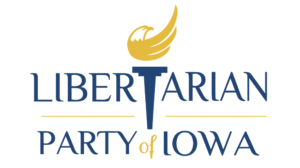 The Libertarian Party of Iowa and one of its 2018 candidates have filed a lawsuit challenging a recent change in Iowa election law.

Jake Porter of Council Bluffs, last year’s Libertarian candidate for governor, said it will likely reduce the number of third party candidates who run for office.

“Voters should ultimately have options on the ballot and it goes against our democratic process to deny them options and that’s what this does,” Porter told Radio Iowa. 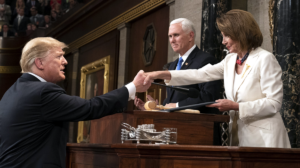 There aren't many things that can unite Donald Trump and Nancy Pelosi, but if it's reaching their hands into your wallet, then they see eye-to-eye.

The Libertarian Party (this includes you) and its candidates are the only people who realize there is no such thing as government money, only taxpayer money. Send a message to Donald Trump and Nancy Pelosi: the Libertarians are coming to balance the budget.

Lincoln Chafee on why he joined the Libertarian Party 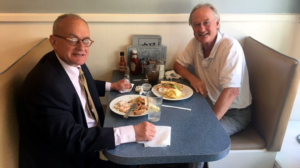 If you are a restless Democrat or Republican fatigued by partisan gridlock and the resulting politicization of even the Supreme Court, look up the Libertarian Party’s platform and score yourself. I happily registered as a Libertarian earlier this year. I’m proud to stand with the party of peace and freedom.

In the councils of government, we must guard against the acquisition of unwarranted influence, whether sought or unsought, by the military-industrial complex. The potential for the disastrous rise of misplaced power exists and will persist. We must never let the weight of this combination endanger our liberties or democratic processes. We should take nothing for granted. Only an alert and knowledgeable citizenry can compel the proper meshing of the huge industrial and military machinery of defense with our peaceful methods and goals, so that security and liberty may prosper together.”