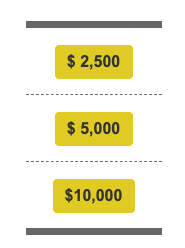 It is without doubt that the Libertarian National Committee has maintained a commitment to stand firm with Americans across the country when necessary to challenge government overreach. Our Founding Fathers very intentionally incorporated personal liberty into documents establishing the United States of America, and those fundamental rights deserve to be protected at all costs. The Libertarian Party spends substantial resources on legal fees, upwards of $50,000 in a judgement at times, to ensure there is a strong and dedicated voice for liberty in the courtroom. Alas, we are met frequently by a wall of bureaucracy.

At this very moment, we are fighting cases for ballot access in five states, and two at the highest court in the country. Organized Libertartian Parties are being forcibly dissolved in Maine, while the state’s electorate reasserts its demands for elections that offer more choices. Arizona, Georgia, Texas and Minnesota have placed unachievable and unpatriotic expectations on candidates who are not competing as members of one of the two largest political parties — even insisting in one state that voters forfeit their right to vote in primary elections in order for candidates to participate. Our candidates and voters are citizens whose fundamental rights to participate in democracy cannot be eviscerated for the sake of the duopoly.

At the National level we continue to see debate access obstacles, and we are pushing back against The Commission on Presidential Debates to ensure the civically engaged have the ability to hear the case for Libertarianism in Federal Elections.

In May of this year, we brought LNC v. FEC to the U.S. Court of Appeals challenging government restrictions on a gift bequeathed to the LNC by a dedicated supporter of Liberty and the principles that guide this party.

“The LNC argues that the Federal Election Campaign Act (FECA), which imposes limits on both donors and recipients of political contributions, violates its First Amendment rights in two ways: first, by imposing any limits on the LNC’s ability to accept [individual] contributions, [given that our donor has passed away]; and second, by permitting donors to triple the size of their contributions, but only if the recipient party spends the money on specified categories of expenses.

The rationale for imposing limits on political parties is because the FEC has an interest in fighting corruption, however there is no danger of corruption when a donor leaves a gift posthumously because the deceased cannot assert a Quid Pro Quo on the party.”

Unfortunately, Liberty was again denied at the Appellate Court level, but we march on in our battle.

This week, our case is set to be heard in front of the U.S. Supreme Court. The Libertarian Party, not defeated, continues to reaffirm efforts to stand against government intrusion into the will of individual rights, in this case, the rights of human beings to use their money and their property as they wish posthumously for what they believe in.

As we wage these fights for our existence and for your essential rights, we need to know our constituency is behind us.

We ask you to consider giving at the highest level available to you so that we have the tools to beat back the wolves of injustice in our democracy. You can securely give here specifically to our legal fund with contribution limits of $106,500. We know that this is a big ask. However, we also know how important liberty is to you and your daily life. If you are not able to give a maximum contribution (a request we know few can endure), we ask you to look at your options and consider giving at one of these levels. Every dollar allows us to go after more states violating citizen rights. Every donor becomes a key player in our ballot and debate access strategy and every contribution means that we are that much closer to gaining legitimacy against a two-party system.