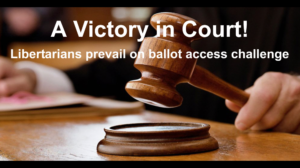 On July 3, a federal judge in U.S. district court enjoined Arkansas from enforcing the state’s new petition requirement for newly-qualifying parties, putting a halt to the secretary of state’s plans of carrying out tougher laws to regain ballot access. 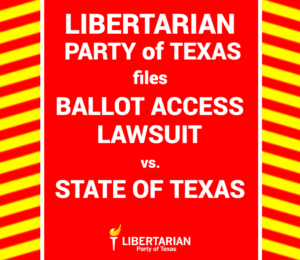 The Libertarian Party of Texas, as part of a coalition of voters, candidates, and political parties, filed suit against the state of Texas on July 11, challenging the state’s discriminatory and burdensome ballot access requirements for third parties and independent candidates.

A press release explaining details of the case was issued by the Center for Competitive Democracy and the law firm Shearman & Sterling. 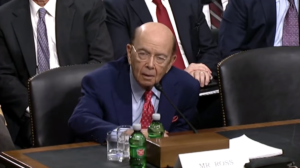 Bill Belichick is one of the winningest coaches in professional football, leading the New England Patriots to a record six Super Bowl titles. One of the secrets to his success is asking all of his players to “Do your job.” The Libertarian Party calls on President Donald Trump, Commerce Secretary Wilbur Ross, and Congress to follow this advice.

“The Constitution requires the government to count all the people in the country every 10 years, and we call on politicians from both old parties to stop playing games and just do their job,” said Libertarian National Committee Chair Nicholas Sarwark. “Most Americans are tired of fights between team red and team blue over which one is more awful for the country. They want the government to do fewer things better, which is also what the Libertarian Party wants. Is it too much to ask that the Commerce Department at least do the one job it is authorized to do?” 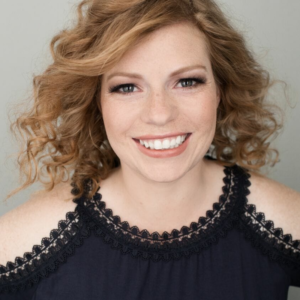 My name is Bethany Baldes. Last year, I came within 53 votes of unseating the Republican majority leader in the Wyoming legislature. And I did it while running as a Libertarian. Working closely with Apollo Pazell, the national Libertarian Party's campaigns advisor, my campaign for state representative in Wyoming's 55th District broke the record for the highest percentage earned by a partisan Libertarian candidate for state legislature.

With your help, we have a real shot at getting Libertarian candidates elected to state legislatures next year! And a Libertarian advocating common sense in the statehouse will wake people up. But that sort of thing takes a lot of work and time. Much of that work is already happening, but we need your financial support so that we can continue and expand it. 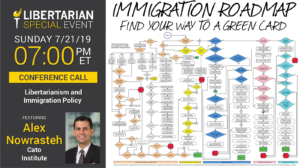 You are invited to a special conference call on Libertarianism and Immigration Policy featuring Alex Nowrasteh, director of immigration studies for the Cato Institute’s Center for Global Liberty and Prosperity. He is a coauthor of the booklet Open Immigration: Yea and Nay (Encounter Broadsides, 2014). He is a native of Southern California and received a BA in economics from George Mason University and a master of science in economic history from the London School of Economics.

Join Nowrasteh, Libertarian Party staff, and other party members throughout the country on Sunday, July 21, at 7 p.m. ET.

Ready to book your hotel room for the 2020 Libertarian National Convention? 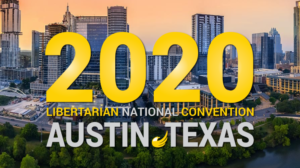 Austin is one of the hottest destination cities in the country. If you are planning on attending the 2020 Libertarian National Convention, don’t wait or it might be too late. We’ve already filled 27 percent of our current block of rooms with more than 300 days to go until the convention! So get ready and reserve your room now!

Our rate at the stunning J.W. Marriott hotel is an amazing $139 per night!

If you haven't registered yet, you can do so here! Based on the registrations we have received so far, it looks like we are on our way toward another record-breaking convention! 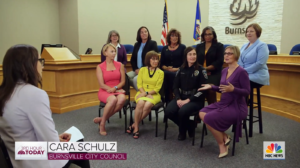 Women hold most of the leadership positions in Burnsville, Minn., and one of them is Cara Schulz, the Libertarian National Committee's candidate recruiting specialist, who is an elected member of the Burnsville City Council.

Schulz was featured on NBC's Today show alongside several other of these women on July 19.