Libertarian Alison Foxall ran an impressive race in a special election held Feb. 13 for Florida state house, district 72. While her vote totals were modest (3.03 percent in the three-way race), the contention between the Republican and Democratic candidates, coupled with Foxall's fundraising in excess of $30,000 (a new record for LP Florida state house candidates) and the credible Libertarian solutions she identified for this office, induced the media and analysts to take her campaign seriously. She gave dozens of newspaper, radio, magazine, and television interviews. 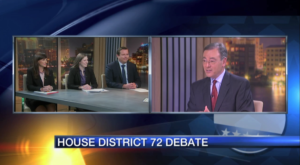 On Feb. 8, the Observer newspaper conferred their endorsement on Foxall. This was the race’s only media endorsement to date.

Foxall also participated in a televised debate on ABC 7 on Jan. 30. Following brief opening statements, moderator Alan Cohn posed questions to Foxall and her two opponents, including those submitted in advance by viewers.

Foxall explained that she’s running for state house because she wants Florida to prosper. “We need to stop corporate welfare — that includes industry welfare and sports welfare. I want to see health care mostly deregulated…so that we can lower those costs.”

Senate reaches budget deal to clean out your wallet 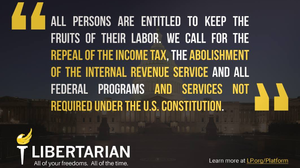 Senate Majority Leader Mitch McConnell and Senate Minority Leader Chuck Schumer made a deal on Feb. 7 to prevent yet another government shutdown. If the rest of Congress votes for their new spending agreement, the American people will ultimately foot a much larger tax bill. 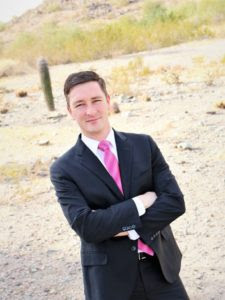 AZ Central, the online presence of the Arizona Republic, the largest daily newspaper in the state, published an interview with Libertarian National Committee Chair Nicholas Sarwark on his run for mayor of Phoenix. From the Jan. 23 article by Jessica Boehm:

Sarwark said he’s seen a lack of leadership on the Phoenix City Council and an unwillingness to make tough decisions necessary to repair the city’s fragile financial state, which led to his decision to run for mayor.

“I saw…a need to have somebody with some business experience, in addition to public service, to kind of take a fresh look at it...” 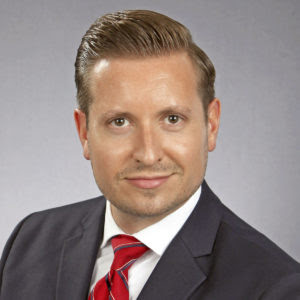 Two county affiliates of the Libertarian Party of Pennsylvania (LPPA) nominated Libertarian attorney and homeless advocate Drew G. Miller to run for U.S. Congress there. From the Jan. 10 coverage by the Observer-Reporter, the daily newspaper of southwest Pennsylvania:

Miller described himself in a statement as a centrist who is “socially liberal” and “fiscally conservative.”

“The more the Republican and Democratic politicians work against each other, the weaker our nation becomes,” said Miller.”

Dates of interest to Libertarians: 2018 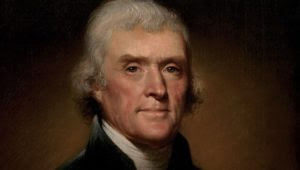 A list of notable dates and anniversaries is now posted online for Libertarian activists to use in planning press releases, commemorations, campaign rallies, and so forth.

February 19: Presidents’ Day: “Suggestion: Distribute a press release describing the requirements for a good president from a Libertarian perspective.”

March 20: Theodora “Tonie” Nathan passes away. (2014) Libertarian vice-presidential nominee and the first woman to win an Electoral College vote, in 1972 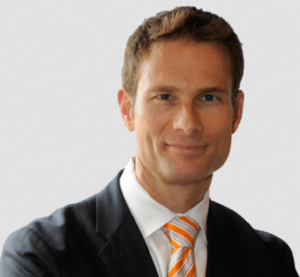 Lloyd Princeton announced on Jan. 8 that he is seeking the Libertarian nomination for U.S. Congress in New Mexico’s 1st district. The Associated Press ran a story on Princeton’s announcement, which was published by several media outlets around the country. From the Seattle Times on Jan. 8:

“The race for the Albuquerque-based congressional district in New Mexico is likely to include a third-party candidate after business consultant Lloyd Princeton announced [today] that he will seek the seat as a Libertarian.

“Libertarian candidates are expected to have ready access to the general election ballot in New Mexico in November because of a strong local showing in 2016 by presidential candidate Gary Johnson.

“‘The two-party system has become about jockeying for power between the parties,’ said the 48-year-old entrepreneur who relocated two years ago to New Mexico from New York City. ‘Government at the federal level is getting exponentially bigger without simultaneously solving the problems for the people....’” 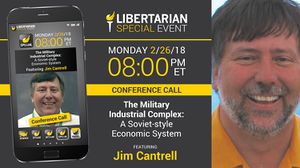 You are invited to a special conference call on the military-industrial complex: A Soviet-style economic system," featuring Jim Cantrell.

Jim Cantrell is a well known entrepreneur and expert in space systems and has 30 years of experience in the aerospace and high technology industries. Jim was part of the SpaceX founding team and served as the company’s first Vice President of Business Development. Jim founded two other successful aerospace and automotive engineering companies and has held CEO positions in aerospace and biometric software companies. Jim also played key roles in the development of Skybox Imaging (now Terra Bella) and has had developmental roles in numerous venture funded space efforts including Rocket Lab, Planet, Black Sky and Spaceflight.

To RSVP, click here, fill out the form, and we will send you the call-in information.

The Libertarian Party hosts a series of conference calls on topics ranging from outreach, activism, current issues, and important updates on our party’s progress. The conference calls last approximately one hour and participants can submit questions via email. 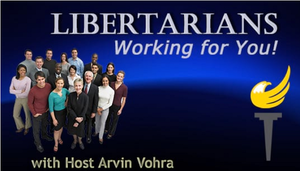 Two new episodes of Libertarians Working for You, hosted by Arvin Vohra, are now available online.

On Feb. 6, Vohra made the case that we should overthrow the North Korean government, not through violence but through flooding their economy with our luxury products, which are "literally the proof of the superiority of capitalism.” Exporting these goods to the dictatorship is currently banned by the Trump administration, preventing North Korean citizens from vital knowledge of all that freedom could bring.

Listen to the Feb. 6 episode here.

On Feb. 13, topics included the last successful “third” party—the Republican Party—which was alone on the right side of slavery policy. Vohra explored whether being on the right side of an issue would be an effective strategy for the LP. He also discussed rights and responsibilities—the latter being the necessary partner to freedom.

Listen to the Feb. 13 episode here.

Listen live and call in during the show, Tuesdays at 5–6 P.M. EST. 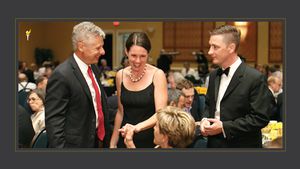 The 2018 Libertarian National Convention will be held in New Orleans on June 30 – July 3.

This year, we are transforming the traditional banquet into a gala, and our devoted lifetime members are invited to a private cocktail hour with VIPs, preceding the gala.

Learn about Lifetime Membership at LP.org/libertarian-party-lifetime-members. If you have questions, contact Jess Mears, our development manager, at Jess.Mears@LP.org.

Check out the convention schedule at Libertarian Convention.org / tentative - convention - schedule; we’re always adding speakers and events, so watch the website for updates.

For the best rates, register in advance at Libertarian Convention.org / register. The gold package includes a ticket to the gala, but if you choose another package, you may still purchase a gala ticket a la carte. (Note: seating is limited at the gala.)

Remember to reserve your accommodations soon, at the Hyatt Regency New Orleans, here.

We look forward to seeing you in New Orleans this summer!

Content not authorized by any candidate or candidate committee.