The national Libertarian Party paid for the following ad to appear in the October 30, 1972 issue of Barron's magazine.

CAN CAPITALISM SURVIVE UNDER RICHARD NIXON?

During his first four years, President Nixon has run up a budget deficit of nearly $100 billion, imposed wage-price controls, and nationalized one major national industry (passenger railroads). And he has indicated that when he is re-elected, he will press for even more radically anti-capitalist measures, such as the the so-called "Family Assistance Plan."

If he wins by a landslide (as there is every indication he will), he will have a free hand to push even further leftward ... unless those of us who believe in capitalism can muster a strong protest vote in November and keep organized afterwards, to fight for our beliefs.

The Libertarian Party was formed by and for people who believe in laissez faire capitalism, for just these purposes. The LP's first Presidential candidate is Dr. John Hospers, Director fo the School of Philosophy at the University of Southern California. His running mate is Mrs. Tonie Nathan, a journalist from Eugene, Oregon.

If you'd like to send Nixon a message on November 7th -- a message that you still believe in capitalism, and oppose his increasingly collectivist policies -- cast your vote for Dr. Hospers and Mrs. Nathan. If they're not on the ballot in your state, do it by write-in.

And if you'd like to help the Libertarian Party become a major force in American politics, your financial support would be greatly appreciated. Membership is only $6 per year (Sustaining Membership, $12(m and includes a subscription to our monthly Newsletter, the "insiders' report" on pro-capitalist political action. Larger contributions are welcomed. 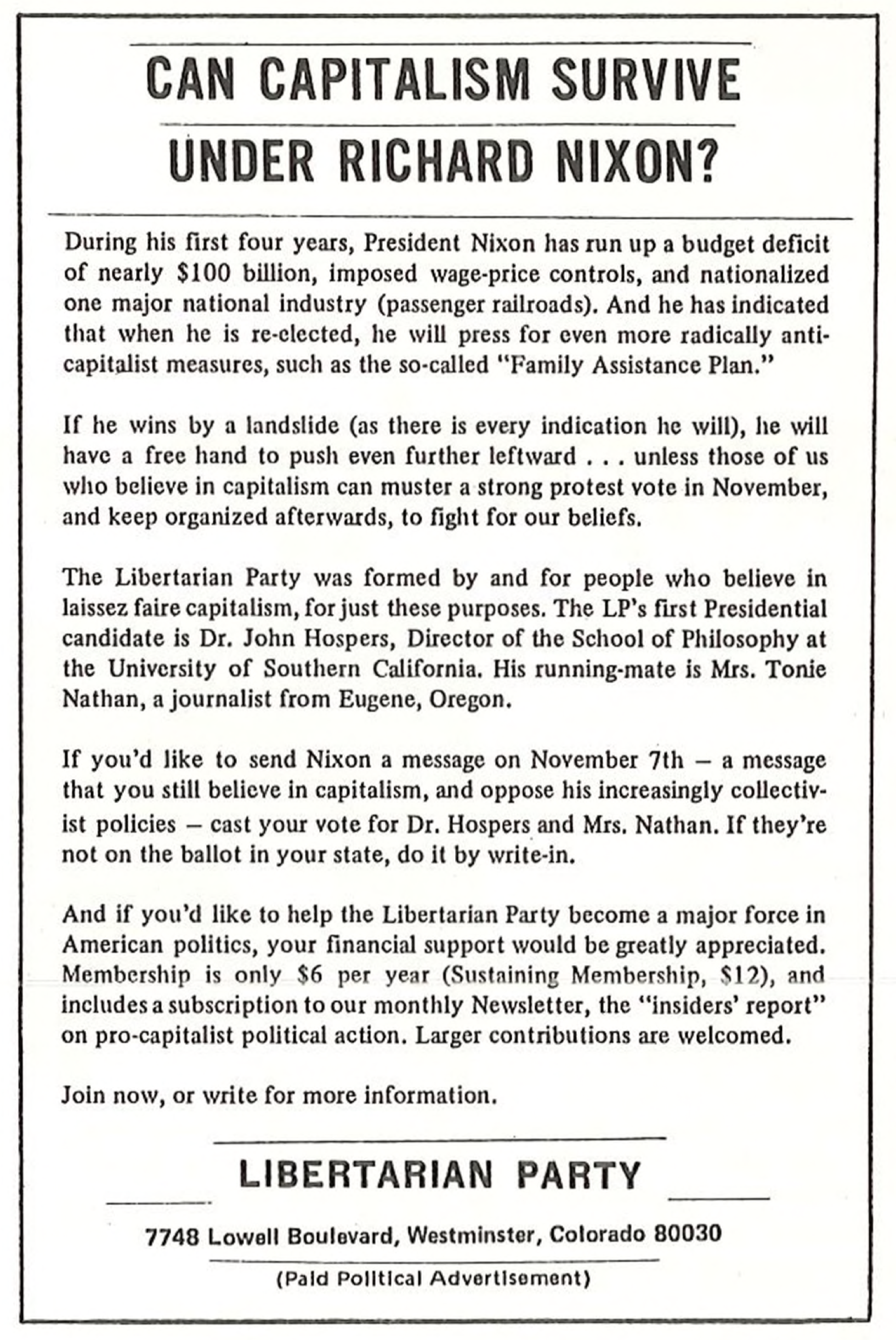