Aaron Gardner was the Vice-Chair of the Libertarian Party of Genesee County and represented the County Affiliate as a Delegate in the Libertarian Party of Michigan 2021 State Convention. He is an Operation Iraqi and Operation Enduring Freedom Veteran. Serving in the United States Army from 2006 to 2014 and the United States Army Reserves from 2014-2020. 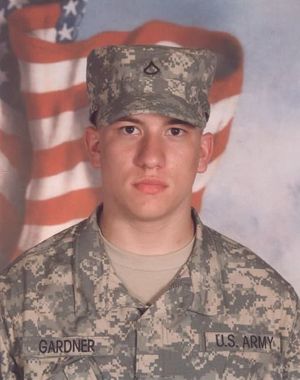 Headshot of Aaron Gardner during his time in service. Circa 2007.

Gardner served in the United States Army from 2007-2014 as a 25U-- Signal Support Specialist and 25B-- Information Systems Technology Specialist and the United States Army Reserve from 2014-2020. While in the Army he served in Ramadi, Iraq under Operation Iraqi Freedom and served in United Arab Emirates under Operation Enduring Freedom. He also served under the 509th Signal Battalion as the Expeditionary Signal Team assigned to the General of US Army Africa Command. Where he conducted "Peace-keeping" missions, including Operation Unified Protector and assisted in training the Georgian Army for Afghanistan.

Since his leaving the Army, Aaron has written a fictional novel highlighting trauma Soldiers experience while serving and fighting in combat. He has used his platform and knowledge of military life to combat unnecessary wars and wars guised under National Defense.

Since the onset of COVID-19 in 2020. Aaron has been proactively speaking against mask and vaccine mandates. Working with local activist organizations like Stand Up Michigan, a conservative base for anti-mask mandates. He has protested in front of Genesee County Administrative building in protest of the Genesee County Health Department's mandate to enforce mask compliance in local school districts.

He has also helped organize protests in Lansing, Michigan in response to President Joe Biden's OSHA mandate. The use of OSHA and other similar organizations to enforce vaccination mandates. While in Lansing, Aaron has spoken with a number of representatives in support of bills that would nullify the mandates set forth by the President of the United States. He continues those endeavors with a consistent conversation with representatives and senators at the Michigan State level. 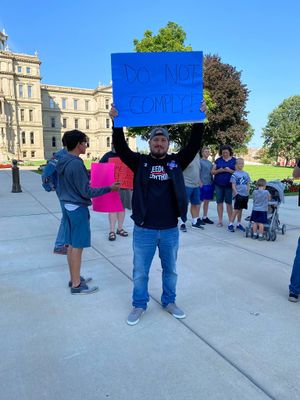 He is an avid spokesperson for school of choice. Aaron Speaks in favor of private, charter and homeschooling options. He demands accountability of Public Schools and tells parents to consider their options for their children's education. While speaking to parents about school of choice options, Aaron speaks against the use of property taxes for public school funding. He believes if a parent is homeschooling or using a private education system, the public funds assessed should return to the use of the student's parents.

Gardner has also been actively fighting rezoning laws at the local level of his township trustee board. He is a proponent in keeping Genesee County funds in Genesee County and not sent elsewhere across the State or other States in the Union. He believes by keeping government money in the counties and municipalities, the local economies will prosper-- driving down the cost of living in Genesee County. 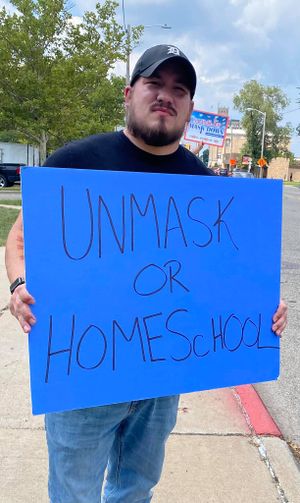