Aaron Commey is a Libertarian Party activist from New York. He was an At-Large Committee Member of the Libertarian Party of New York from 2016 to 2018 and Chair of the Manhattan chapter from 2018 to 2019. He also serves as Media Director and was a delegate for New York for the 2018 National Convention.

In April 2018, he announced his candidacy for Chair of the Manhattan Libertarian Party. He was elected chair in May 2018 and served until September 2019. 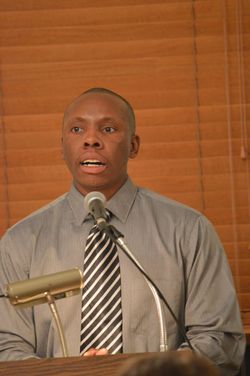 Commey became the communications director of the campaign after Brian Waddell was promoted to Campaign Manager.

Commey was nominated for U.S. Senate at the 2018 LPNY State Convention. He did not get on the ballot.