Document:Memoir 2017 D Frank Robinson on the Statement of Principles

From LPedia
(Redirected from Memoir 2017 on the Statement of Principles by D. Frank Robinson)
Jump to navigation Jump to search 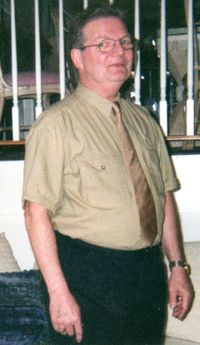 When I came to David Nolan and the Libertarian Party (LP), I was a disgusted Republican under the influence of Ayn Rand’s philosophy, and I had become suspicious and then disgusted by Nixon.

At the Denver LP Convention in 1972, I was puzzled by various controversies surrounding the attempts to agree on a platform manifesto. I had observed in my days in Republican Party platform battles that the controversies were usually about who had the most personal influence rather than what meaning an outsider would take from the official dogma in a platform. Partisans of personality seldom cared what the final documents stated anyway. Who won and who lost was all that mattered in setting the pecking order. All political parties are personality cults who create ideological murkiness with blatant contradictions. I did not like that.

This made me determined to devise a barricade to personality cults using the LP for their tugs of war to dismantle it. So I, with Ed Carlson of New Mexico, devised embedding an “article of faith”—Statement of Principles—that could not be altered without a super-majority. I was aware this was not “good form” in parliamentary practice. Organization unity and longevity “by hook or crook” is “good form” else an organization might split into seceding factions and wither away. Nevertheless, I took the contrary view that factionalization and hair-splitting acrimony also sprang from ambiguity and transient charismatics in an organization. Just look at US Constitutional history.

Shrewd manipulators could use these tactics to concentrate power in a clique like a Tammany Hall crowd. So, Ed and I persuaded David and the Founding Convention Delegates to plant a rhetorical stake in the ground with a tether—The Statement of Principles—a terse one-page document, declaring to all coming after us,

In the succeeding years, I have seen LP Platforms evolve and morph and dance and sing, but the rhetorical force of gravity in the SoP has kept the centrifugal personality cults at bay. They haven’t made the LP into a Republican Lite, nor has the LP flown apart yet. The credit for this, in my view, belongs to all those delegates over the years who have looked all the new platform phraseologies and then compared them to the SoP. You just can’t fool those folks with a flim and flam and a damn and a jam and “He’s our man!” The SoP gives just the delegates a little more incentive think a bit more carefully.

A modicum of clarity makes it tough to fool seven-eights of convention of libertarians again and again and again. Scrap a platform and start over? Sure. Stand pat on the last one? Sure. Take the whole tribe on the warpath? If one-eighth of the powwow says no, that is the end of fortune and glory.

If you have reached this line, thank you for you patience. Continue on your own.

D. Frank Robinson is the former Chair of the Libertarian Party of Oklahoma.