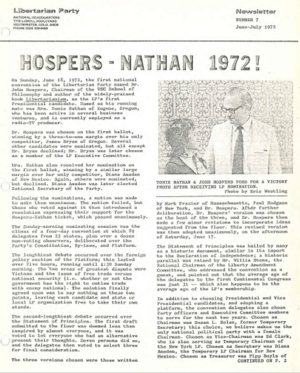 The seventh issue of the LP News publication discusses what took place at the First National Convention of the Libertarian Party. This includes the choosing of nominees for president and vice president as well as adoption of a platform and selection of officers and members of the executive committee. There is also an article stating that while things were going well as far as the party was concerned, "don't let the fire go out". 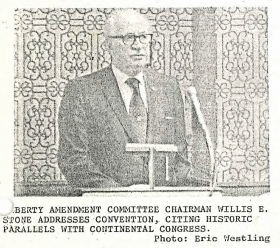